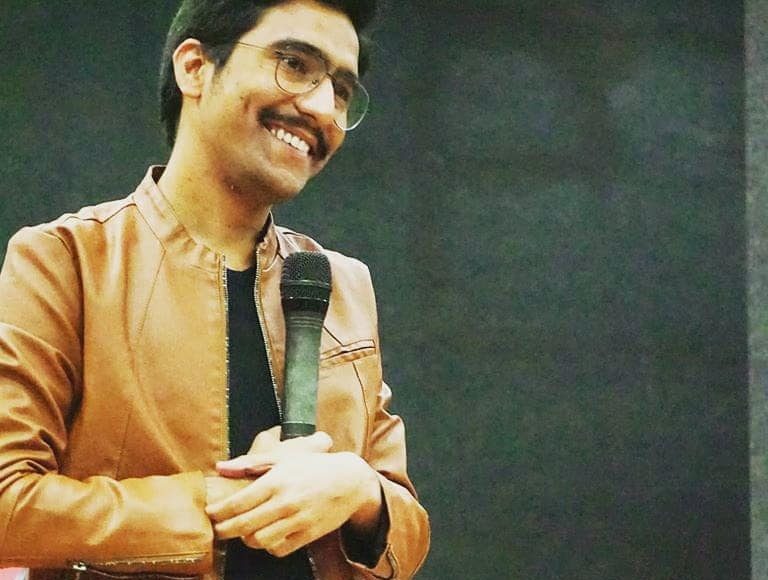 I was about six months old when I was diagnosed of hemophilia. Simply put, it is a condition where the body lacks an agent that is important to clot any bleeding/injuries for recovery. Without it, any injury or excessive physical strain can cause an unstoppable internal/external bleeding.

I had a challenging childhood tainted by the constant worry of being injured and the consistent questions and inquiries about my condition. In spite of scoring well in the exams, I had trouble securing an admission in a different school because no school wanted to take a chance with my condition.

Back in the days, my dad managed a banquet hall and I’d accompany him often. As a child, I was smitten by the stage. I cracked jokes every time I checked the mic’s sound. Gradually, comedy started becoming my safe haven. I could ball up my anger, pain and frustration into tight sets and crisp jokes. It was therapy. Things started looking up when I participated in ‘Chotey Miyan‘, a show by COLORS TV and hosted by Kapil Sharma. At 13, I was India’s youngest comedian.

Until a few years ago, either parent always travelled with me to help manage my condition. Some time in 2014, I was selected to represent India as a hemophilia survivor. I had to travel to Germany alone and went through rigorous training into self care and taking shots in order to sustain. There was no stopping me after that. I travelled to The States for shows and organised one of the most elaborate stand-up comedy shows all over Gujarat, India.

Comedy helped me change the one question that revolved around my life for a long time: from asking ‘how are you?’ or ‘what is hemophilia?’, people now ask ‘when is your next show?’ I founded ‘Cafe Comedy’ where I train aspiring stand up comedians and my YouTube channel has garnered over 50 million views.

Medicine has progressed a lot since I was diagnosed. Things are easier and less painful. I believe that no matter what the situation, there is always a way out. All one needs to do is take things in one’s stride and get in head on. Life is too short to live in complaints, laugh away.

The Marrow Story - July 3, 2020 0
On the Dilemma of Marrow Donation Covid-19 and the subsequent lockdown in my country turned out to be...