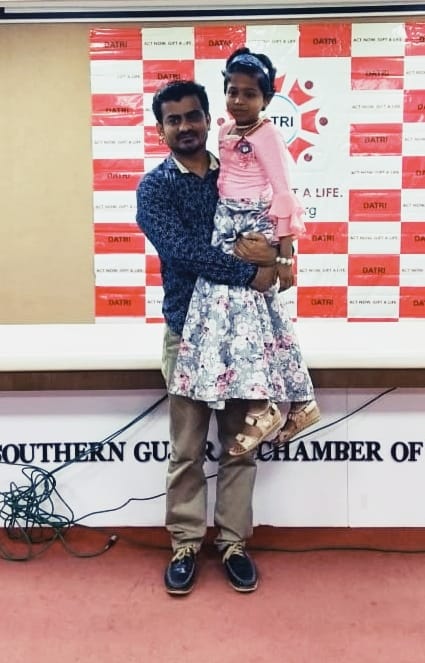 I registered in 2016 for a patient drive organised by Datri . I received a call in early 2017. A 12 year old child was suffering from thalassemia and my marrow was a match. The fact that I had something within me that could save a child, was the most life changing piece of fact I had heard. But while the process began, I started feeling quite uncomfortable. I had been unwell and there was this nagging pain in my stomach that just wouldn’t budge. When my medical checkup, for the donation, came by in September 2017, I requested for an extension. You see, even if there is the slightest issue with the report, the donation is cancelled. I just didn’t want to take that chance. A child’s life depended on me.

I decided to donate during Diwali. What can be nobler than saving a life to celebrate the festivities? But it had to wait. The sonography reports showed that I had acute appendicitis. My only thought, what will that child do now? The medication didn’t help me. I woke up one morning with a severe pain in my stomach. Surgery was the only option. I believed that if I kept faith and positivity, I would have my chance. It worked. After recovery, my medical report was cleared. The process of donating my marrow was surreal. Just like blood donation! Some millilitres of my marrow in a pouch; a new life for a child and its family.

A year later, I received a call that my recipient recovered and wished to meet me. I agreed immediately. An event was organised and there emerged the child, girl, Akshaya, 13 years old, all body, blood and marrow before me. Before that day, I didn’t know one could feel nauseous with happiness. Akshaya was 13, but looked much, much younger. The effect of thalassemia on a human’s body has to be seen to be believed. With this new life, her stunted physical growth would now blossom. Her parents could not stop thanking me and I couldn’t stop thanking God. Akshaya and I are each other’s family now.
I believe that the value of life is not in its duration, but in donation.

The Marrow Story - July 3, 2020 0
On the Dilemma of Marrow Donation Covid-19 and the subsequent lockdown in my country turned out to be...