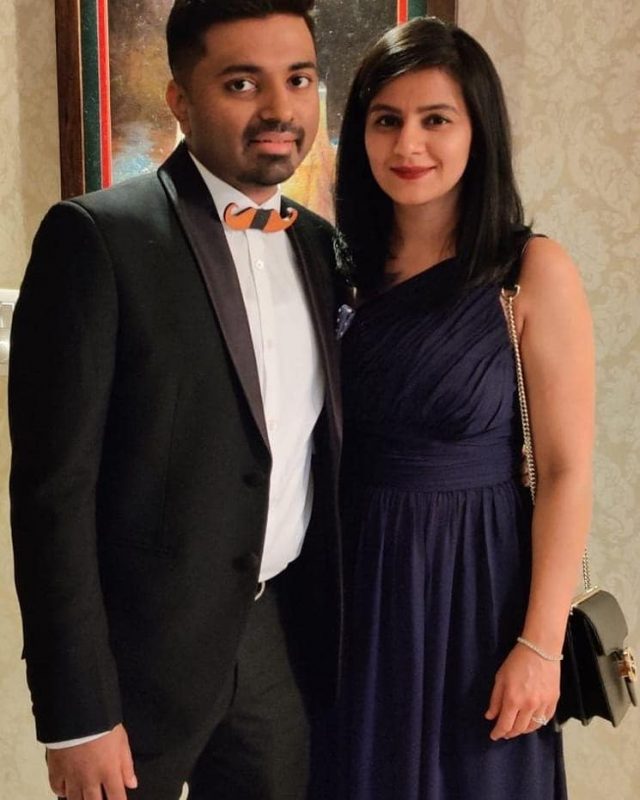 For a South Indian Christian boy brought up in New Delhi, I found love in an unprecedented time and place. I met my wife Reema, a Sardarni based in Hyderabad, in London. After persistent arguments, we managed to convince our families. We married and moved to New York for a year of secondment.

A few months into our stint I started having mild fevers, headaches and nausea. Reema and I were at a casino once and I couldn’t tolerate the cigarette smoke which was unusual for me. I threw up that night and caught a fever. Reema had been insisting I meet with a doctor, but I kept postponing the visit, given the difficulty to break into the healthcare system in the States. My parents visited us for a vacation and insisted I see a doctor.

Tired, I walked into a private clinic and took some blood tests. Later, they called and asked me to show up at the hospital immediately. Our first wedding anniversary was round the corner. We were quite casual and relaxed even as we waited for the blood reports. To our shock, they revealed I had leukemia (ALL with Ph+). Our world came crashing down. Informing our parents and families was very difficult.

”Is it curable?”, is the only question I asked and the doctors said “Yes”. The doctors have been too kind and have counseled us on every step of the way. Given the nature of the cancer, a bone marrow transplant (BMT) was recommended. We conducted several marrow registration drives across countries with the help of DATRI @bethematch and others. While thousands registered, I failed to find a matched donor.

Eventually, we opted for an aggressive chemotherapy treatment as a means to battling leukemia without BMT. These have been three of the most difficult years of my life. Reema stood by like a rock. Together we have shed quiet tears in pain and had big celebrations for small victories. I finished my treatment in April 2020.

Fighting cancer is a lot about putting one’s mind over matter. Setting small goals and targets have helped me get better. The treatment changes you drastically; physically, mentally and emotionally. To accept yourself with those changes is brave!

You may also like to read about Help Veer Now: Save a Four Year Old’s Life

The Marrow Story - July 4, 2020 1
On Being Diagnosed with Nasopharyngeal Carcinoma It was the final year of my engineering. I had a swell...